Beef Stew: Autumn Election Special is a dish made by Sōma Yukihira for his Shokugeki during the 43rd Annual Tōtsuki Autumn Election's Main Tournament: Semifinals against Subaru Mimasaka.

A variation of Sōma Yukihira's Beef Stew, Sōma combined and arranged various beef parts into the style of a chikuzenni, creating a harmonious blend of flavors. Every bite will send you down the twists and turns of a flavor roller-coaster. Bring out your ticket stubs and prepare to enter everyone's beloved theme park, Yukiheeland! 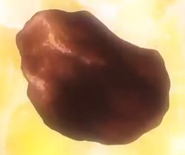 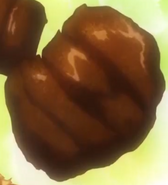 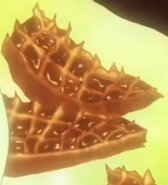 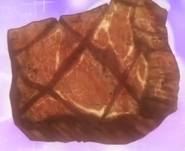 Cooked Skirt
Add a photo to this gallery

Retrieved from "https://shokugekinosoma.fandom.com/wiki/Beef_Stew:_Autumn_Election_Special?oldid=73090"
Community content is available under CC-BY-SA unless otherwise noted.