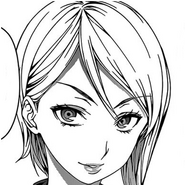 A 3-year-old Alice, with her doll snatched from Erina Nakiri. (Chapter 33)

A 5-year-old Alice, persuading her father to bring her to Northern Europe. (Chapter 66) 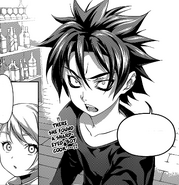 Alice wants Ryō to be her assistant. (Chapter 98)

Alice during the Training Camp. (Chapter 28) 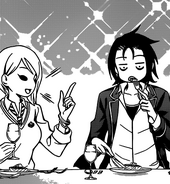 Alice having dinner with Ryō. (Chapter 33)

Alice having a chat with Ryō. (Chapter 40) 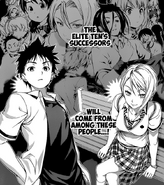 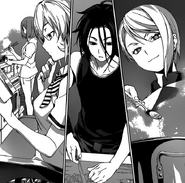 Alice prepares her own curry dish before the Preliminary Rounds. (Chapter 46) 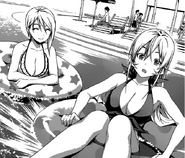 Alice and Erina Nakiri at the poolside. (Extra) 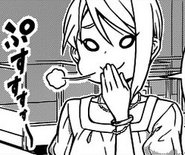 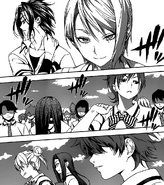 Alice and co heads towards the venue of the 43rd Annual Tōtsuki Autumn Election. (Chapter 46)

Alice alongside the other contenders for the election. (Chapter 47)

Alice preparing her dish alongside her tools. (Chapter 49) 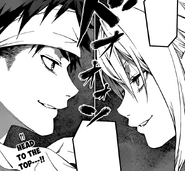 Sōma taunts Alice before his final phase of his bento presentation. (Chapter 65) 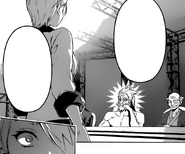 Senzaemon Nakiri gives the verdict on the match against Sōma. (Chapter 66)

Erina belittles Alice after her loss against Sōma. (Chapter 67) 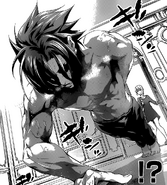 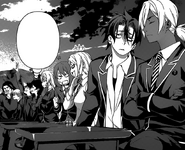 Alice sits with the other students during the Autumn Leaf Viewing. (Chapter 118)

Alice, Erina and their aides run away from the Nakiri Mansion. (Chapter 137) 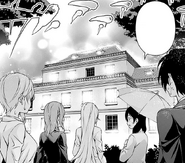 Alice and the other rebels has been expelled from the Academy. (Chapter 192)

Volume 22 cover without the dust jacket

Chapter 249 cover
Add a photo to this gallery 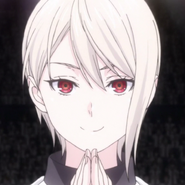 A 3-year-old Alice, with her doll snatched from Erina Nakiri. (Episode 14)

Alice having dinner with Ryō. (Episode 14)

Alice stands by Ryō as he searches for his name for the 43rd Annual Tōtsuki Autumn Election. (Episode 19)

Alice and Erina at a swimming pool. (OVA)

Alice shouting at Soma for saying he's a step ahead of being one of the Elite 10. (Episode 26)

Alice telling Soma he hasn't seen the last of her. (Episode 26)

Alice sitting next to Soma in Erina's VIP Box. (Episode 31)

Alice and Ryō after the Semifinals. (Episode 31)

Alice at the fish market. (Episode 32)

Alice reveals that Leonora Nakiri is her mother to the audience. (Episode 32)

Alice during the Stagiaire. (Episode 37)

Alice sitting next to Hisako, in which they don't get along. (OVA 4)

Alice happily wanting to have one of Soma's black pepper buns. (Episode 40)

Alice telling Azami Nakiri she hates him for what he's done to Erina. (Episode 48)

Alice lies down in defeat. (Episode 55)

Alice and the other rebels have been expelled from the Academy. (Episode 56)

Alice goes on a tantrum in order for the defeated rebels to observe the upcoming Team Shokugeki. (Episode 59)

Alice and the defeated rebels in a jail cell as their "spectator seats". (Episode 59)

Alice in Sacchan no Sexy Curry

Alice in Symbol
Add a photo to this gallery

Alice is ranked 7th place in the 1st popularity poll 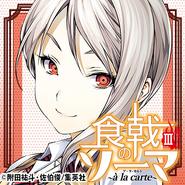 Alice with the other main cast

Alice with the other main cast. 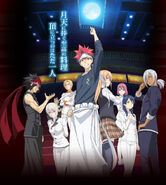 The second key visual of Season 2 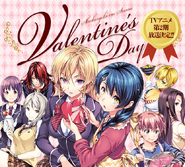 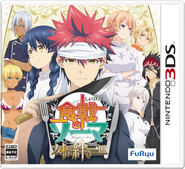 Alice depicted on the Nintendo DS cover of Yūjō to Kizuna no Hitosara
Add a photo to this gallery
Retrieved from "https://shokugekinosoma.fandom.com/wiki/Alice_Nakiri/Gallery?oldid=75037"
Community content is available under CC-BY-SA unless otherwise noted.